Day one consisted of a bunch of idea gathering. My kiddos have vivid imaginations and most of the time when you talk about games they click right into Minecraft mode and that's about all they can talk about. While I am a big fan of Markus Persson and his work, I told the boys they should come up with their own unique story and game flavors.

I told them to begin drawing pictures and just talking out loud about what they were thinking they wanted from a game. As they talked I wrote down key words that they said that had to do with: game name, characters (antagonist, protagonist), environment, and story line. 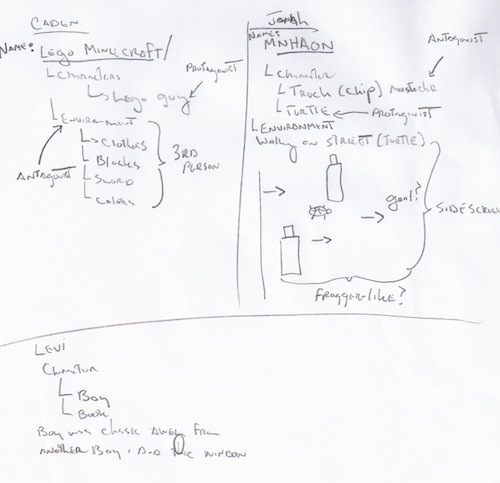 Cool idea but it has really already been done. 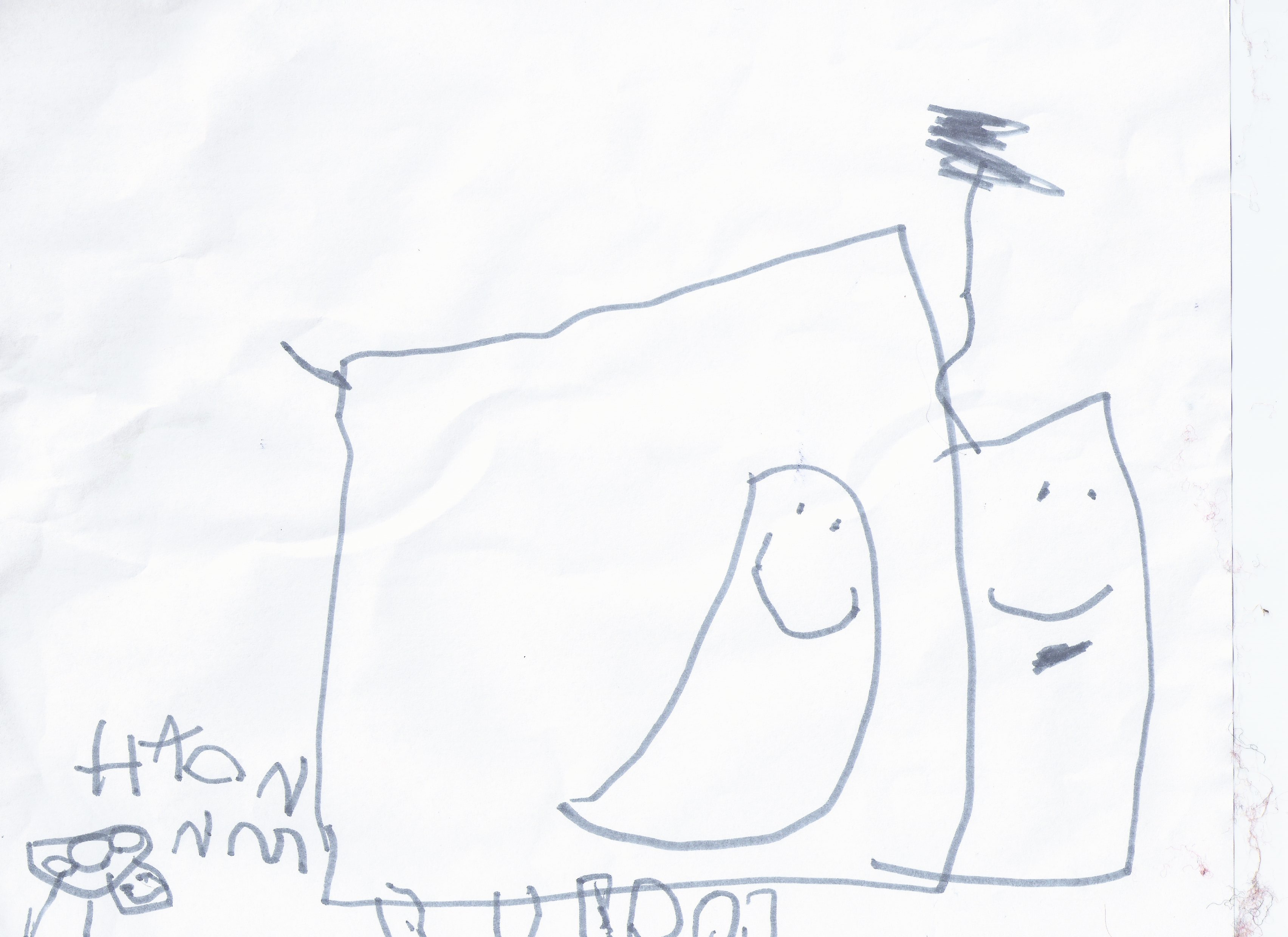 Another idea was...
Game name: MnHAON (no idea where he got the game name)
Characters: protagonist - trucks, antagonist - turtle
Environment: A road with moving cars, etc.. much like a frogger clone

We ended the hour with a couple of really good ideas where we picked the one titled "MnHAON" and decided to move on it.

We also decided on using greenfoot (i.e. java) for the project based on the simple API and java being a pretty simple language to pick up quickly.

Tomorrow we are planning on: