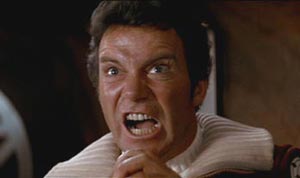 I listened to this podcast on the way into work a few days ago. It's about inspiration. It kinda hit me the other day, the morning started really rough then progressively got worse and to top it off the team was having one of those issues, you know the ones that have no explanation, but was introduced by you because you had an idea to make something better for a dev's life. Grrrrr!!! In fact the last time we ran into this issue it took us 5 days to fix it!!! Have we learned nothing (pan to guy shaking his fist)?

Recently our dev team and TechOps guys have become attached at the hip to do the "right thing." Completely ripping out the plumbing and replacing every bit of hardware and software from our local boxes to production. Not only that but we are taking on two significant engineering changes: 1. Continuous delivery and 2. Test first development (TDD). We basically took everything we've done and how we did it over the past 7 years and flipped it on its head - we knew there would be roadblocks and pain during and after. This flurry of blows really pushed hard on me...

And then it happened; you know that moment of clarity when you say it really does not have to be this hard... much like when I started using Ruby and it just felt right. Yeah that's what happened; we realized that since we have a working environment based on our new setup, the local environments were patterned after them, and that everything was scripted - we must have missed something, right. Not do dig a hole with my tech shovel and drone on about the details of what happened, we found the issue within an hour and everyone was up and running. Bam!

Before we decided to take the hit and correct many of the things that we're creaking in our app stack, I am pretty sure this issue would've hijacked the sprint and been yet another technical beating - being a configuration blackhole. Because we were inspired by the potential of doing the right thing with the focus of serving our customers and everyone in the organization we have revolutionized how we do what we do - the Renaissance realized.

Being an architect does not mean being separated from the team. Ivory tower architects should be left in fantasy…

Sorry for the delay on the weekly links, the archcoder fell ill last week - too many bugs... lame…